Even when a character behaves by contradictions that’s only because nobody can be identically the same at two unidentical moments.  Changes in his exterior continually lead to an inner reshuffling.  The continuity of the ego is a myth.  A man is an atom that perpetually breaks up and forms anew.  We have to show things as they are.

ABSTRACT: This thesis explores the common and dialectical features of pedagogy, Bertolt Brecht’s Gestus, and identity construction.  It speaks from the perspectives of pedagogue, actor and subject.  It argues that in each of these modes the subject is necessarily engaged in both an ontological dilemma and opportunity, which is performative.  It exposes embodiment as an oscillatory process of absence and presence.  This is predicated on the impossibility of arriving at a fixed notion of being in the world.

The thesis is set within an autobiographical frame.  First because each mode marks an encounter in the life of Rob Vesty, and second because the practice-based-research uses autobiographical performance.

It advances by constructing a piece of performative writing, an autobiographical timeline, to affect an experience of the practice, which informs this thesis.  This piece introduces a montage of three juxtaposing studies.  The first draws on Rob Vesty’s work in TIE with Splendid Productions and uses the company’s 2007/2008 performance and workshop tour of Brecht’s The Good Woman of Szechuan.  It argues that a dialectic, rather than didactic, process must occur in the pedagogic setting and that this is dependent on the presence of a creative gap produced by a strong aesthetic.  The second study then argues that the Gestic actor embodies and ‘writes’ this creative gap in a parodic way and that a virtue is made of showing its construction.  The final study turns to Rob Vesty’s (2008) solo theatre show  – One Man Good Woman – to chart the way identity impacts upon autobiography.  It argues that the ‘written’ nature of autobiography and identity renders the subject both absent and present and retains dialectical features in its construction.

Below is an extract from the Introduction:

Mar. 1985 –  Vesty attends Hedingham Comprehensive School.  After being bullied by a fifth-former, he fakes headaches to get out of school.  He dissembles for over a month.  This involves several visits to the doctor, three 50-mile round trips to Colchester hospital in a borrowed car, 1 CAT scan and 1 other type of scan, (he can’t remember the name of), that involves having pads put on his head.  This later reminds him of One Flew over the Cuckoo’s Nest.  He is sure the doctors know he’s faking it.

Sep. 1989 –  He remains at Hedingham Comprehensive School and joins the sixth-form, taking A-levels in English Literature, Theatre Studies, and History.

Sep. 1992 –  He secures a place at Birmingham University to study on a three-year BA Drama & Theatre Arts programme.

Jul. 1995 –  Vesty writes his BA dissertation on Arnold Wesker’s work with Centre 42, its relationship to the Trades Unions Congress and its roots in agit-prop.  He graduates with First class honours and a practical distinction.  When he calls home with the news, his mother shouts to his father: “Ken, he got a one-one”.

Sep. 1996 –  He attends (Royal) Welsh College of Music & Drama for a one year Postgraduate Diploma in acting.  The actor Anthony Hopkins gives him a £2,000 grant due to ‘lack of financial support’.  He wins that year’s acting prize.

Nov. 1997 –  He takes his first professional acting job with the Unicorn Theatre playing Callum in Cinderella at The Arts Theatre.  He gets an agent called Barbara Pemberton.  She thinks Vesty is a ‘northern’ actor.  Vesty spends the next 6 years putting-on a Lancashire accent whenever he speaks to her.  During this time Vesty works at several repertory companies, continues work with the Unicorn, and also works with companies such as Sound & Fury and Boilerhouse.

Aug. 1999 –  Vesty meets Joanna Bryant.  She is from the West Country.  She becomes his girlfriend for two months.

Dec. 2000 –  His father ‘outs’ him on Christmas Eve.  They are with his two younger brothers, their girlfriends, and his mother.  His father says, “Rob, are you homosexual?” Vesty replies “No”, but can’t hide the betraying smile on his face.  The two drink whisky and smoke cigarettes in the backyard.  His father says: “It don’t matter…I’ve had thoughts.”  The two return inside to tell Vesty’s mother that he’s a homosexual.  His mother retches.  She says that she was merely “choking on (her) biscuit”.  That same night, with its spirit of confession, Vesty is ‘outed’ again by his brother Barrie, for ‘faking headaches as a child’.  His mother is hurt by this.  Vesty’s father retires to bed but vomits all over the sheets.  He has drunk too much whisky.  Vesty wonders about when it was his father became less homophobic.

Aug. 2001 –  Vesty meets Sean Vickers in London.  Vickers is from Sheffield.  They are boyfriends for two months.

Nov. 2001 –  Vesty meets Paul Bowyer in London.  Bowyer is also from Sheffield.  They are boyfriends for two months.

Jul. 2002 –  Vesty meets Bryce Lease in Ireland.  Lease is from Lake Tahoe, California, in the US.  They are boyfriends for three years.

Dec. 2002 –  Vesty and Lease spend part of the Christmas and New Year holiday in Lake Tahoe.

Jan. 2003 –  Vesty leaves his agent, Pemberton, and his role as Pip in the Unicorn’s Great Expectations. Lease does not have a Visa to remain in the UK so the two move to Budapest, Hungary.  In Budapest, Vesty and Lease teach in language schools.

Aug. 2004 – Vesty is invited to take up a post in the UK.  He and Lease move to Canterbury.  Vesty begins working as a teacher of Drama and EAL at a boarding school.  It is The King’s School – the oldest school in England where the fees to attend are around £22,000 per year for a boarder. It is a Christian school within the foundation of Canterbury Cathedral.  They are given accommodation on Palace Street, which backs on to the Archbishop of Canterbury’s ‘palace’.  Vesty and Lease go, ‘publicly together’, to the Headmaster’s ‘welcome’ drinks on the lawn.  Vesty’s accent becomes closer to Received Pronunciation…

What to do with Gestus Today? Version II – PDF

I’m working with Dog Kennel Hill Project this weekend. Their ‘People Working’ is a peformance tour around The Place’s building.  The Place is celebrating its 40th birthday and this tour runs 5 times over the weekend, taking an audience of 10 through the basements, offices, cupboards and rooms of the building.  In each performers ‘work’.  For…

After the dance is over!  My friend Regan Hutchins came to visit from Dublin.  Here's the piece he made on Square Dances for RTE Ireland's Culture File programme.  It was broadcast on Friday 28th October 2011. RTE Ireland's Culture File Programme on Rosemary Lee's Square Dances. Cover Image Illustration by Sally Mackey https://secureservercdn.net/160.153.138.217/i3w.592.myftpupload.com/wp-content/uploads/2011/11/Square-Dance.mp3 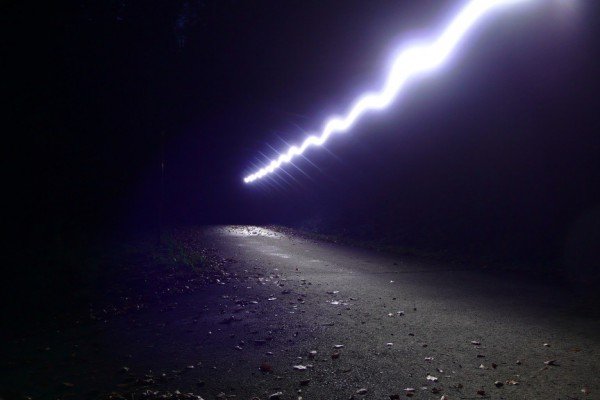 NIGHTRUNNING ON HACKNEY MARSHES (Nightrunning happened from 6pm on Friday 14th November 2014, Hackney Marshes, East London with twenty participants – led by myself and James Cross. It was inspired by Gardzienice’s actor-training practice which focuses on communal breath and rhythmic practice.) Inspired by the night, I wrote the following poem the next day as… 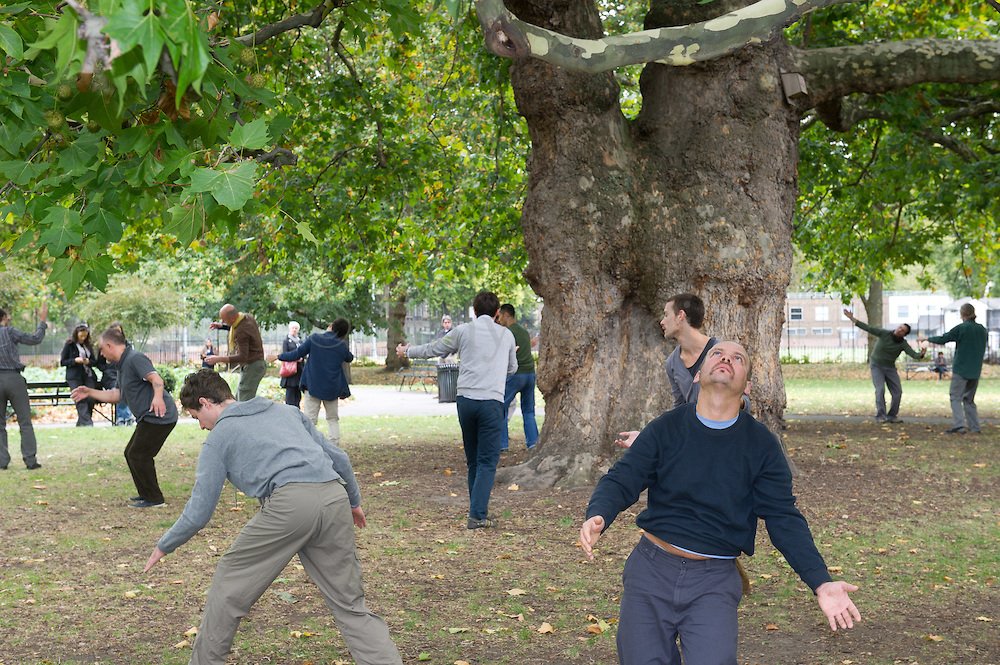 After performing in Rosemary Lee’s Common Dance (2009), I’m really pleased to be taking part in her latest Dance Umbrella commission – Square Dances.  There are four dances performed by four distinct groups (men, women, children & dance students from The Place) in four distinct places – squares in and around the Bloomsbury area of… 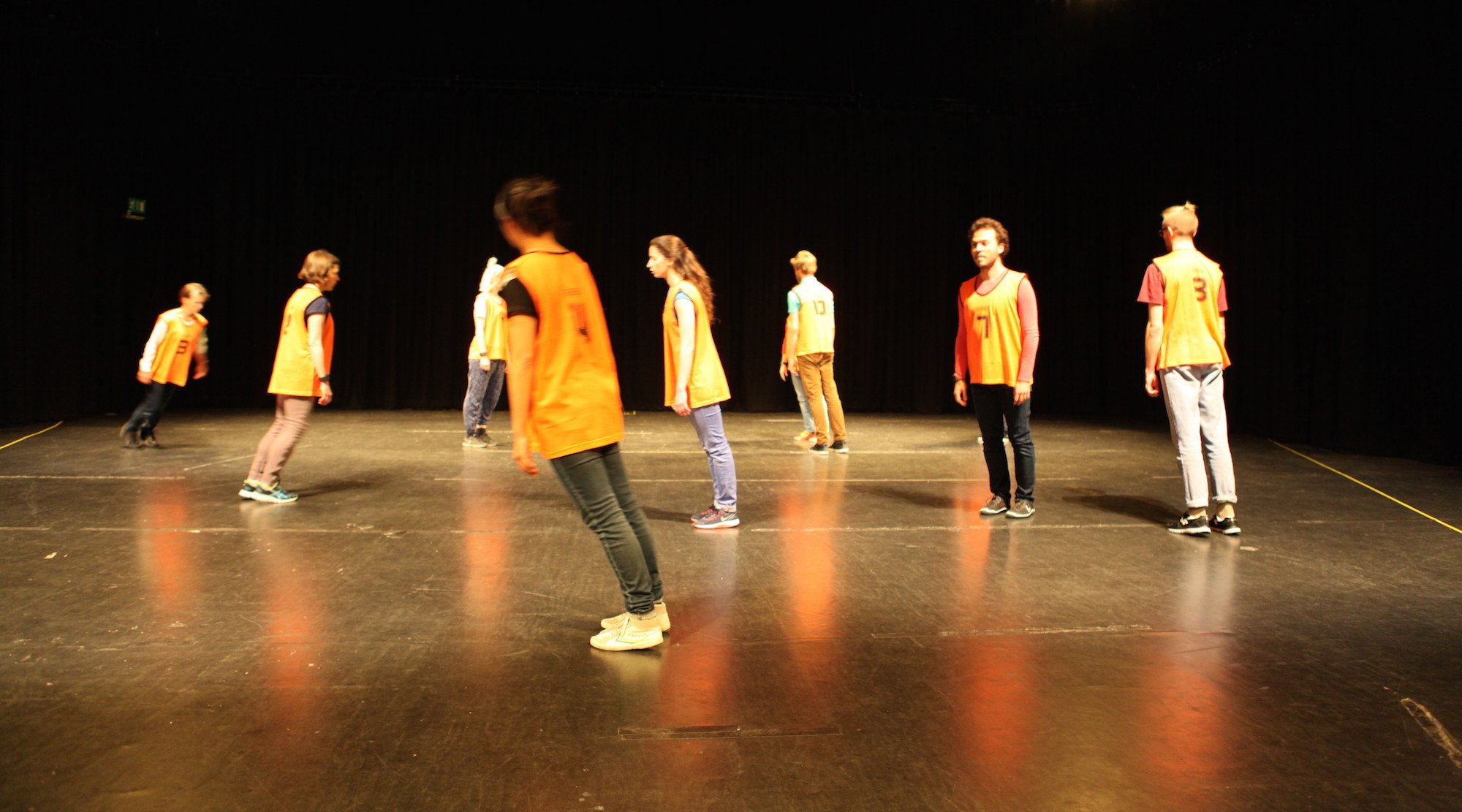 Matthias Sperling working with Guido Orgs (Cognitive Scientist) at Brunel University, May 2015 Matthias invited myself and nine other dance artists to take part in an experiment. Part of an ongoing research project hosted by Guido Orgs and Staci Vicary (Brunel University). The project involved performers with dance backgrounds learning and performing a task-based group score. Set in the...

I’m with Kristin Fredricksson this week in Edinburgh, walking the streets talking to older people and asking them if they’d like to take part in Senior Moments at Forest Fringe at 6pm on Friday 20th August.  Go to the Senior Moments blog for full details.